According to Inuit oral history, long ago animals had the power of speech, could shift their appearances, and could even assume human form. In The Orphan and the Polar Bear, a neglected orphan is adopted by a polar bear elder. Under the bear’s guidance, the little orphan learns the skills he will need to survive and provide for himself.

I have been gathering traditional Inuit stories for over 15 years. But when I encountered Sakiasi Qaunaq’s version of “The Orphan and the Polar Bear” in Arctic Bay, Nunavut, I knew this was a special story. This folktale contains so many of the story themes that you find in Inuit traditional stories—the mistreated orphan, supernatural intervention when someone is being abused, animals that can assume hidden form, and so forth. As well, this story gives you a glimpse of how Inuit traditionally felt about polar bears. In The Orphan and the Polar Bear, you can see the polar bear elder felt compassion for the orphan, and possessed wisdom and skills (which he passed on to the orphan). And you can see that polar bear youth had similar respect for their elders as Inuit did. How polar bears are represented in this story is in stark contrast to the wolves in my last film, Amaqqut Nunaat: The Country of Wolves. There you see savage animals that have no respect for kith or kin.

I enjoy working in Inuit oral history and with traditional stories, as I feel there is more truth and meaning buried in these stories than I ever found in the history books I read in school.

In this film, I wanted to move you through this story as if it were almost embedded in the old ice. There seems to be a strange connection between the melting of the Arctic ice and the erosion of Inuit traditional culture and values. Something very important is disappearing, and not enough people are paying attention.

Original illustrations for The Orphan and the Polar book: 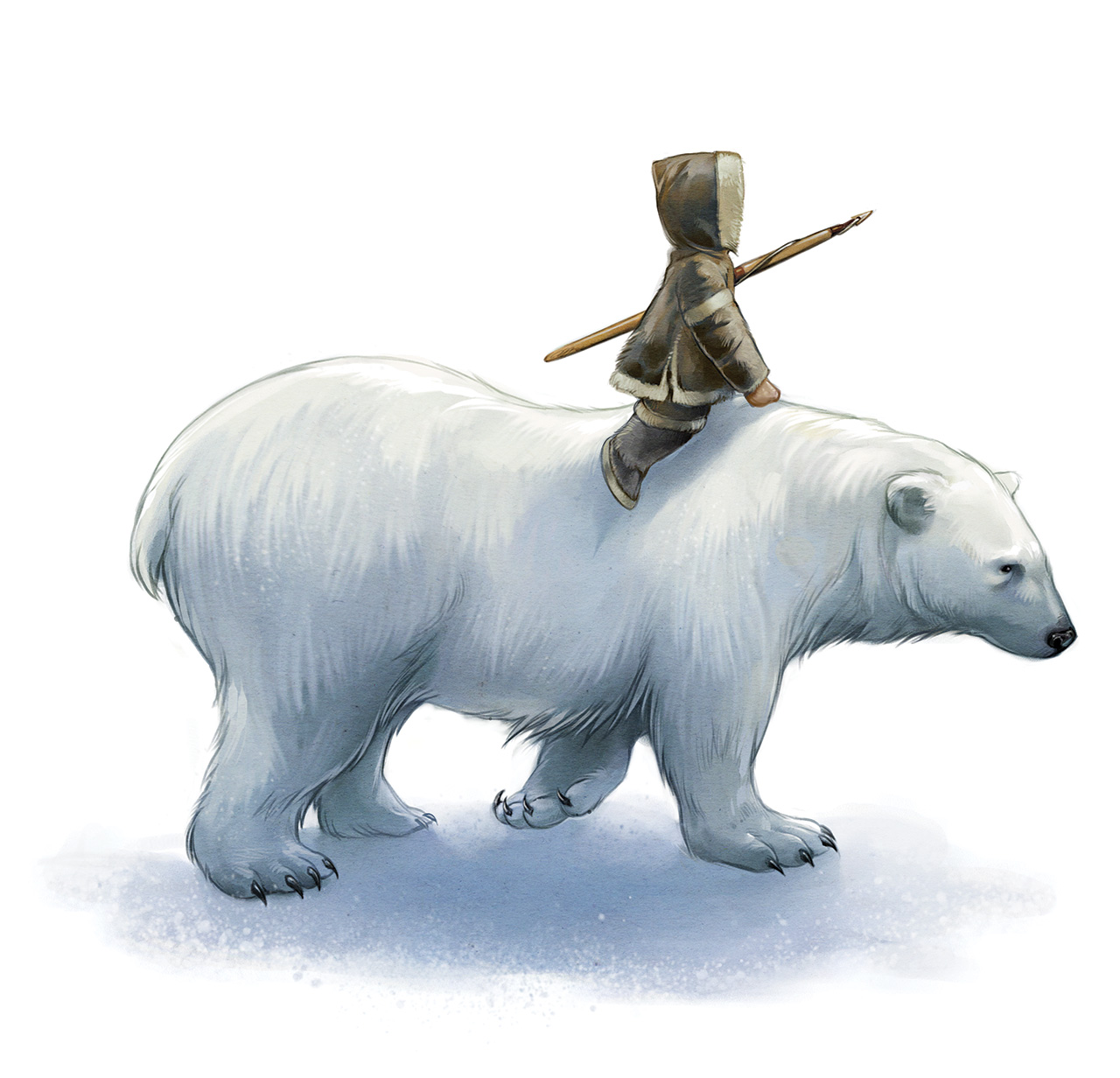