It begins as an average hunting trip for two young men, but when they find themselves lost, the only safe haven to be found for miles—a mysterious village filled with the sounds of drum dancing and revelry—turns out to be even more dangerous than the frigid ocean.

This story is dark and pensive, wandering through vast landscapes that are both terrifying and alluring, and that promise the hope of adventure and the fear of great loss and death. After a long day’s journey, what seems like a small grouping of rocks on a nearby hill becomes immense, otherworldly boulders. Giant, snow-covered peaks hundreds of metres high that stretch beyond sight will vanish with the change of a season. In the Far North, nothing is ever what it seems. Such is the methodology behind creating Amaqqut Nunaat: The Country of Wolves.

Although the animation is entirely hand painted and illustrated, its inhabitants travel through the film with a natural and organic grace. Still paintings of Caribou, Wolf, and Man come to life and express themselves without the use of thousands of drawings. They do not look as though they were rigidly contorted and distorted by a computer, but rather puppeteered by a sensitive hand.

Illustrator Ramón Pérez’s art style suited this aesthetic; his work uses aggressive, hand-drawn ink lines that are minimalist and clean—much like the land of the North. His drawings are combined with real paper textures, earthy watercolour washes, and subtle lighting, creating a distinctively natural look.

This story is an ancient legend, and the hand-made quality represents the physical aspect of telling a story. We chose this minimalist style as we felt it would engage a contemporary Northern audience, but still leave a lot to the imagination, thus respecting the Inuit oral tradition. We wanted the film to be immersive with
images and sound, but still require the viewer to creatively participate in the story experience.

The music and sound was arranged using traditional Inuk instruments, throat singing, and digitally manipulated vocalizations performed by Alexis O’Hara. Her work mirrors the overall philosophy of the film’s creation, as she uses voice and real instruments and then alters them using analog and digital technology to create unique soundscapes.

Most of the Foley and ambient sound elements were captured directly from the snowy landscape outside of Iqaluit, Nunavut. Musician and performer Beatrice Deer lent her voice talents to the narration. 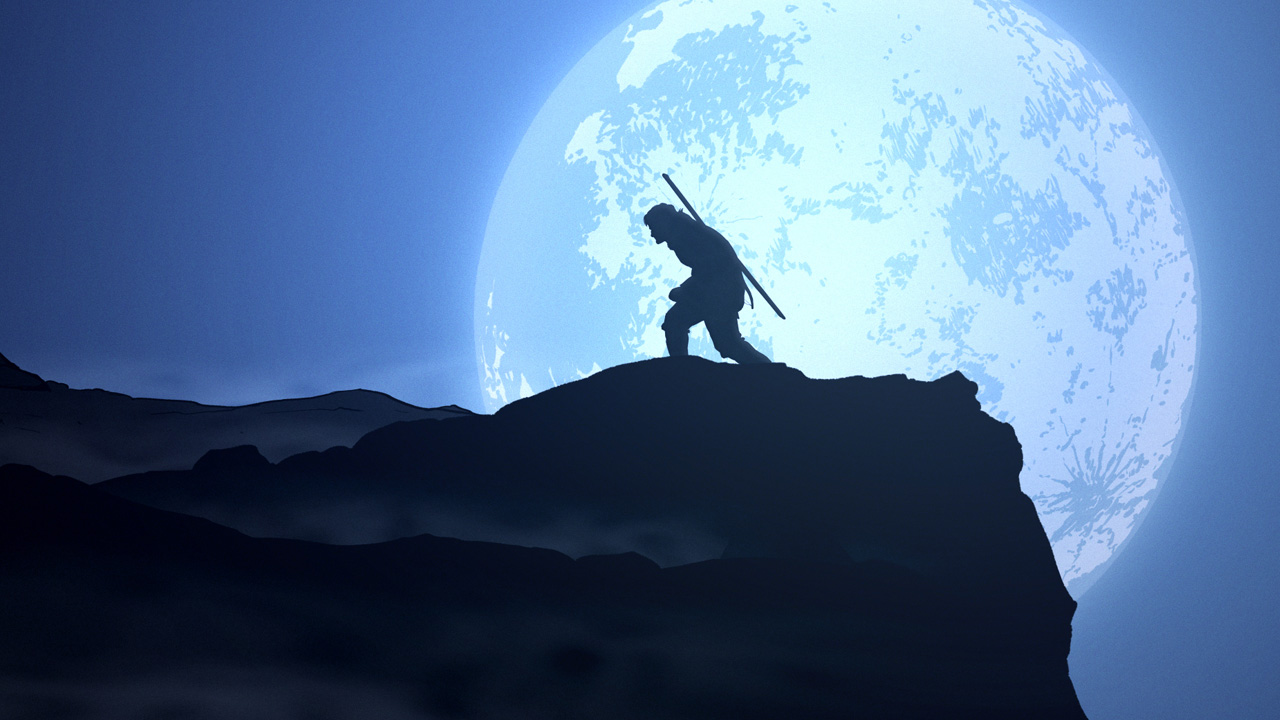 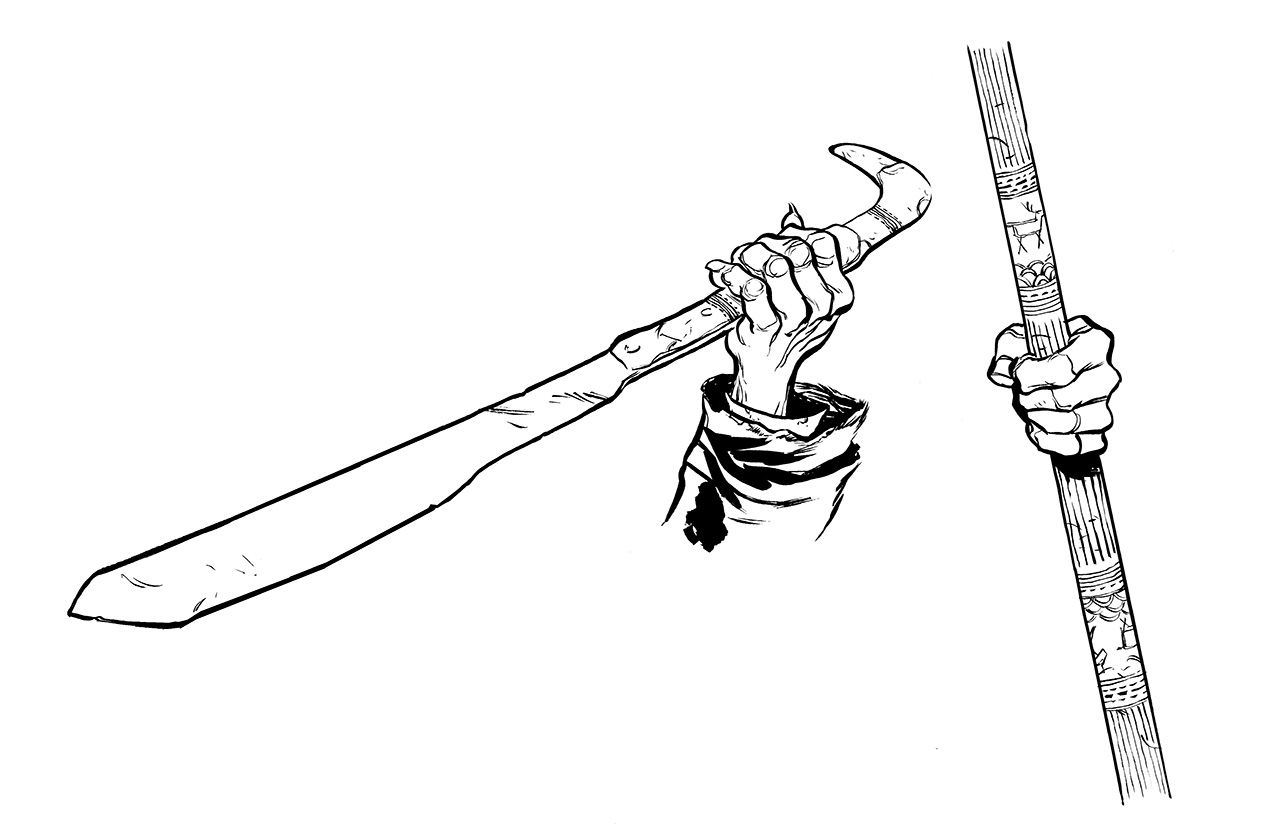 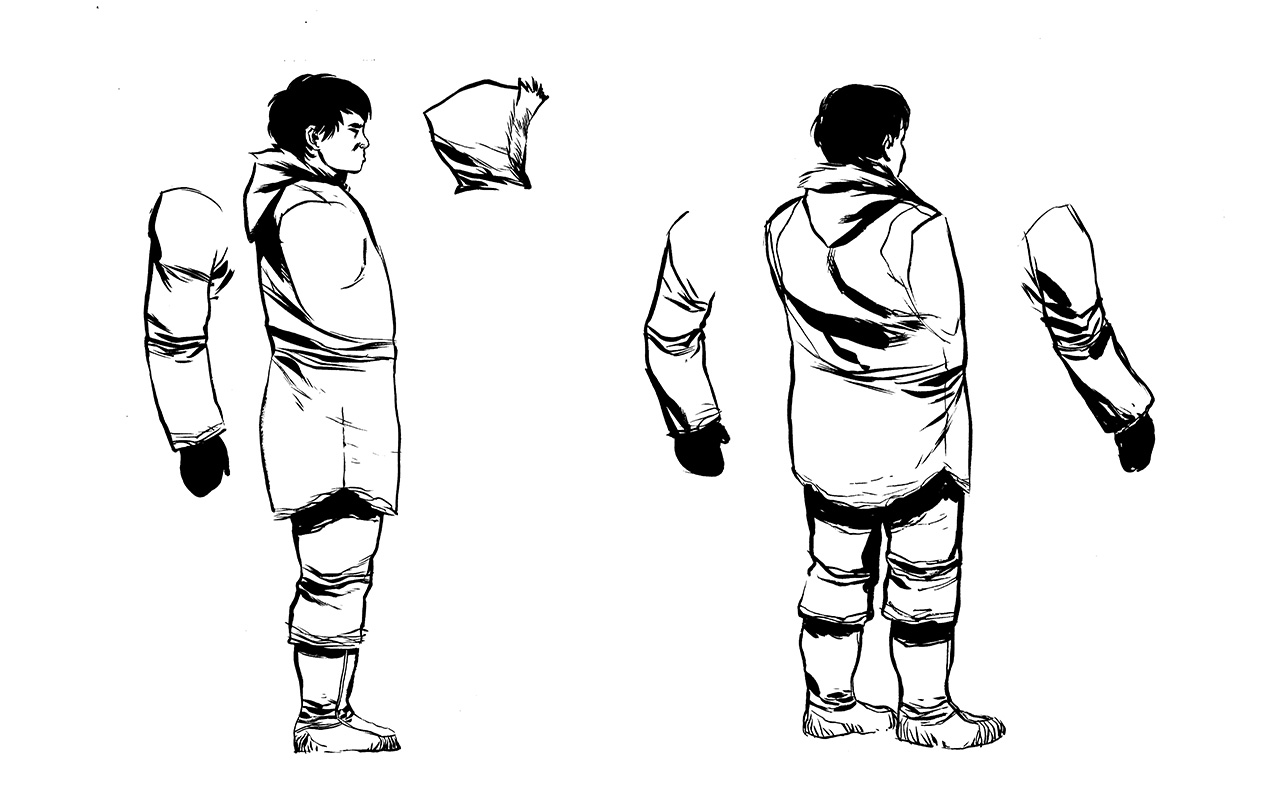 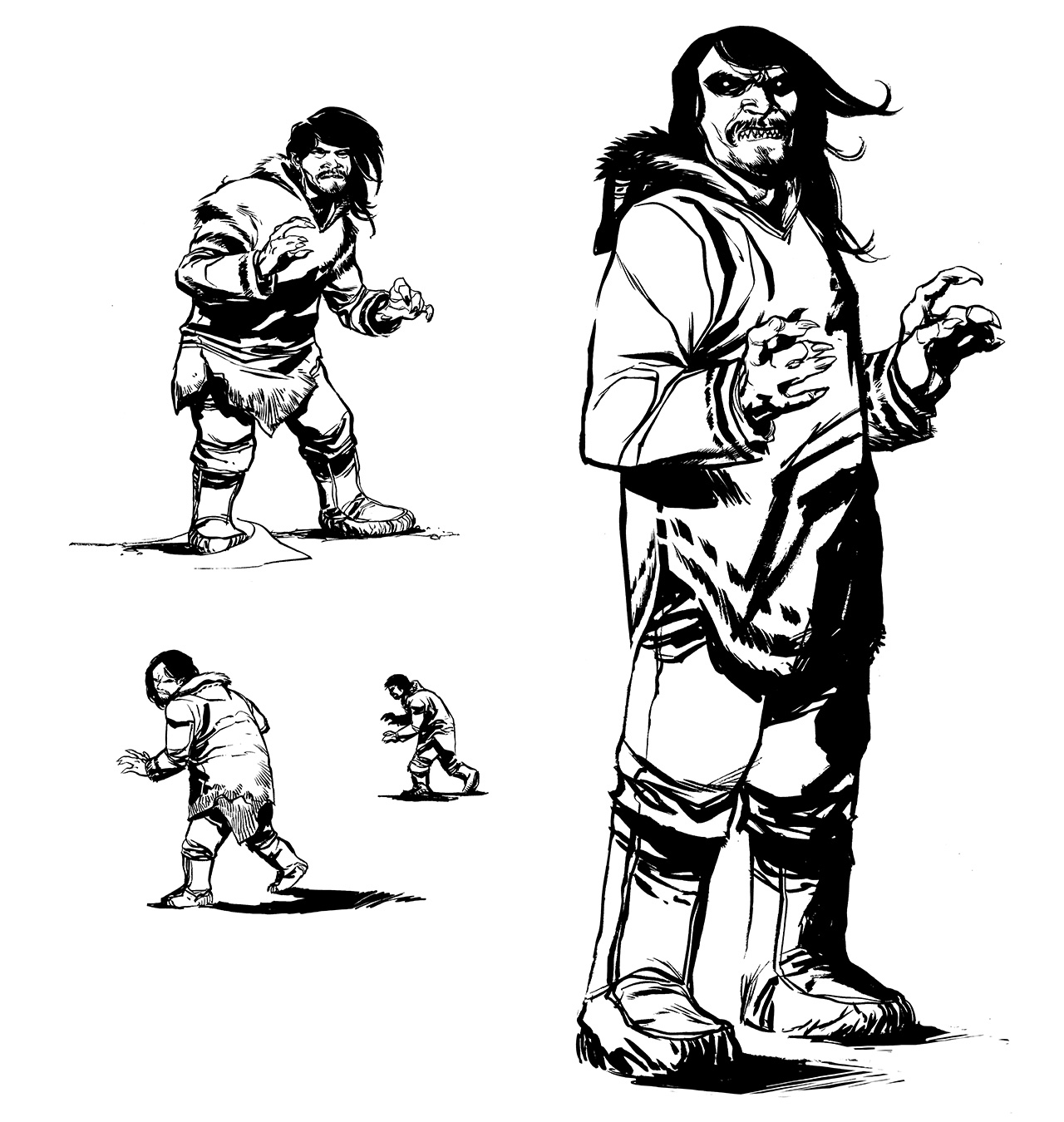 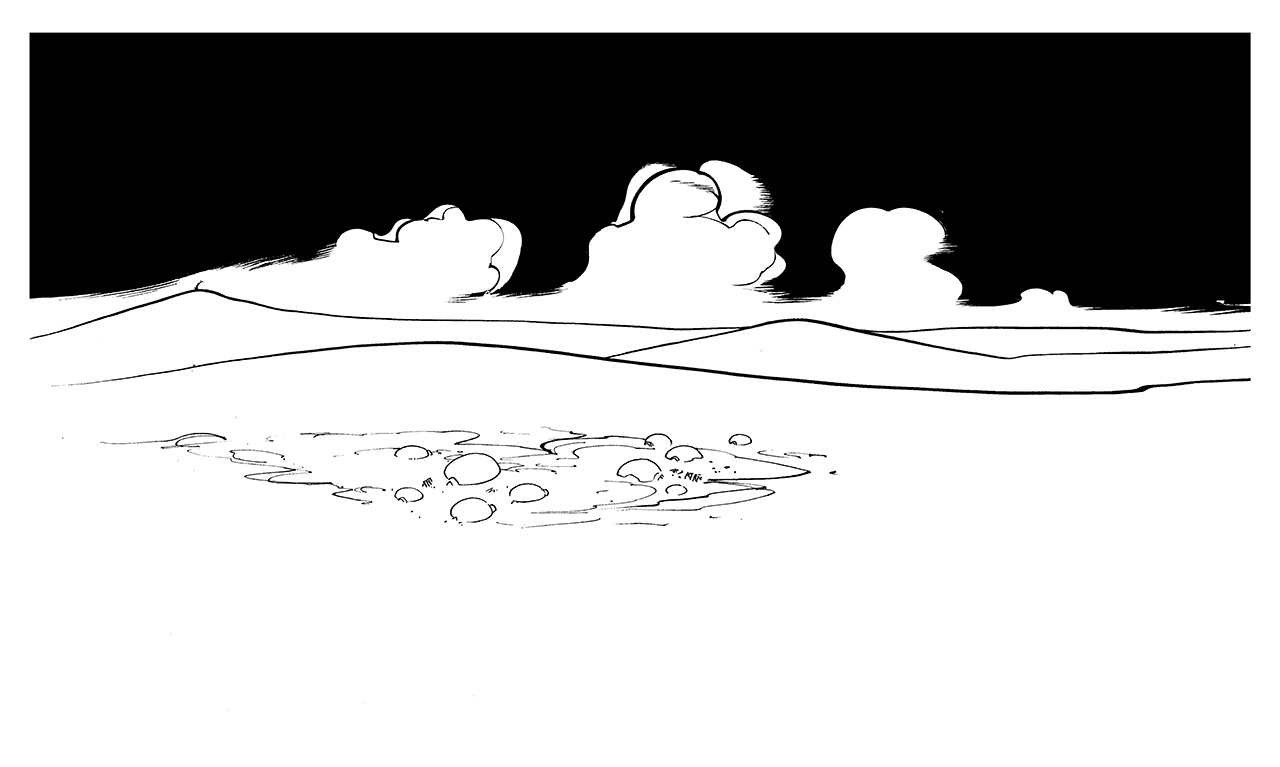